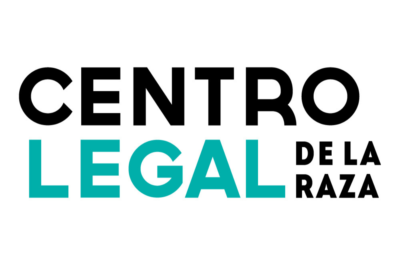 Monica graduated with a Juris Doctorate (J.D.) from the University of San Francisco School of Law. While at USF Law, she gained practical skills by interning and externing at various organizations including the Immigration Center for Women & Children, Justice Now, and the Immigration & Deportation Defense Clinic at USF Law. Monica taught Street Law to high school students in the Mission District of San Francisco, CA, and competed on the Asylum Moot Court Team at USF Law. She was also one of ten students selected to participate in the Keta Taylor Colby Death Penalty Project and was assigned to the Capitol Defenders Office in Jackson, Mississippi.

As a result of her dedication to the profession of law, she has been awarded several awards including the San Francisco Trial Lawyers Association Fellowship, the Equal Justice Works Public Interest Law Award, and the OneJustice Pro Bono Publico Gold Award two years in a row. Monica graduated from law school having received a public interest law certificate with high honors. At her graduation, Monica was also the recipient of the 2017 “Pursuit of Justice” award; an honor awarded to one student from the graduating class.

While in law school Monica founded the Dreamer Fund in 2016, a non-profit in San Francisco, California, with hopes of giving back to her immigrant community. She is currently the founder and co-executive director of the Dreamer Fund and she focuses on working collectively and learning from undocumented and immigrant communities to create social change and education equity using the Rebellious Lawyering lens. Monica was trained under the “Rebellious Lawyering” model by her mentor and professor, Bill Ong Hing, and was also a Post-Bar Fellow for Prof. Hing at the Immigration & Deportation Defense Clinic at USF Law after law school.

Prior to law school, Monica attended the University of Southern California (USC) in Los Angeles, where she excelled academically and received numerous awards, scholarships and fellowships. As a McNair Scholar and Mellon Mays Fellow, she was able to design, conduct, & complete an Honors Thesis under the instruction of Dr. Jody Agius Vallejo and Dr. Pierrette Hondagneu-Sotelo. Monica spent a year and a half in the field conducting ethnographic research based on participant observation and in-depth interviews in an indigenous community in Southern California. She successfully presented her research findings at numerous sociological conferences around the nation and coined the term, “transnational prejudice.” Monica graduated from USC having received one of the highest honors; the Order of the Laurel and the Palm, among other honors that celebrated her academic abilities. She graduated from USC (Magna Cum Laude) with a B.A. in Sociology and a minor in Human Rights.

Before achieving higher education, Monica served in the U.S. Air Force for six years with station assignments in the U.S., South Korea and Germany. She excelled in the military and served in the European, Asian, and U.S. theaters, returning home with an honorable discharge.

Currently, Monica is also the Co-Director of the Immigration Law Clinic and an adjunct professor at Golden Gate University School of Law, as well as a Commissioner for the City of Modesto.

As a Los Angeles native, her immigrant roots are second to none. Monica believes her ancestral roots, language and culture are critical to her identity, but also to the ways in which she navigates her spaces in society. In her spare time, Monica is an avid traveler, adventurer, artist and poet. She is also deeply dedicated to inner-healing work through meditation, sweat ceremonies, breath-work, and exploring nature.