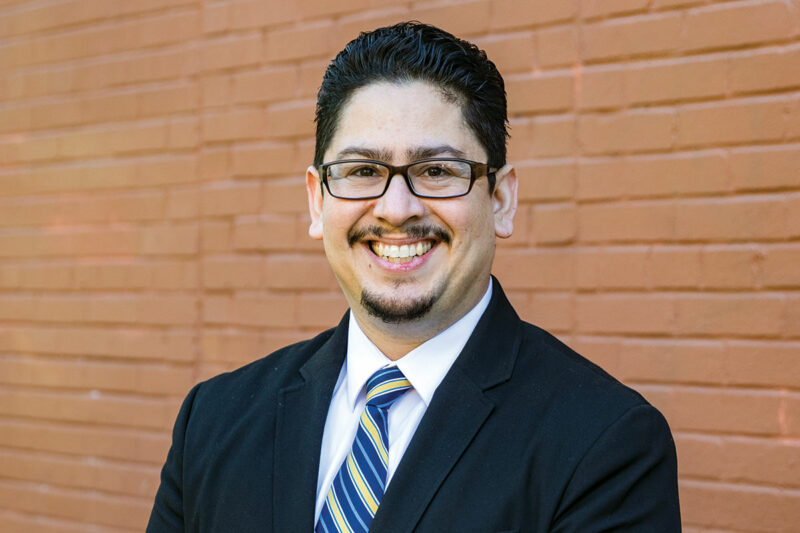 As the Program Director for the Youth Law Academy (YLA), Raymundo directs, develops, and administers the program, cultivates and manages relationships with community partners, manages grants and fundraising, and provides ongoing support to YLA college students. He also designs and runs the Diversity Legal Pipeline, a sub-program of the YLA specifically for underrepresented undergraduates to help them understand the law school application process.

Prior to joining Centro, Raymundo was a summer law clerk for the Equal Justice Society in Oakland where he contributed legal research and strategy development to the ongoing fight against institutionalized racism. During law school he spent a summer working for the Sacramento Superior Court in their family law division, as a legal extern for Judge Jaime Roman. He interned at Public Advocates where he worked on their education law team.

Raymundo’s passion for civil rights and youth development stem from his upbringing in the East Bay and his experience as a student activist and educator. He received his Bachelor of Arts in Sociology with a minor in Chicana/o Studies from UCLA. After graduating he was an educator and art program director in Hayward. He then went on to receive his Juris Doctor from UC Davis School of Law with an emphasis in public interest law.

Raymundo is also a pioneer in the area of civilian privacy oversight, serving as an inaugural member of Oakland’s Privacy Advisory Commission, a first of its kind commission setting a national standard for the oversight of police and government surveillance technology.