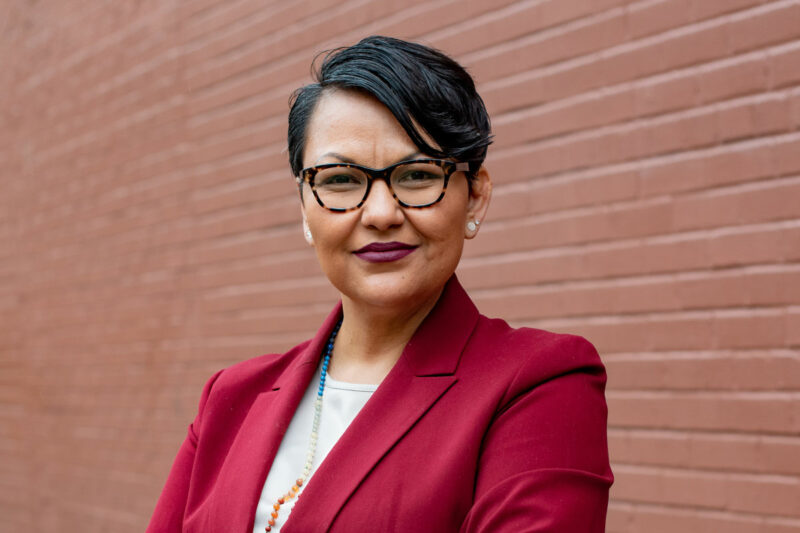 Theresa is a Genizara descendant, native to New Mexico. She is a proven community leader with a depth of knowledge and leadership in nonprofit organizational development and justice system reform. For nearly two decades, she focused on the inter-sectional issues affecting the well-being of Indigenous, Latinx and Black children, families and formerly incarcerated by advancing racial, economic and social justice in multiple sectors. Most recently, she served as Deputy Director of Families & Fathers of San Joaquin, and as the Co-Executive Director of La Plazita Institute. She moved to the Bay Area in 2016, accepting a national consultant position with the W. Haywood Burns Institute.

Working a decade at El Centro de la Raza-University of New Mexico, she created the Community-Based Research, Learning Initiative and the first community organizing fellowship and undocumented student scholarship program. In addition to creating leadership and career pipelines for students of color who are first generation college students, she is also deeply committed to justice system reform. Some of her work includes training over 300 justice system stakeholders on strategies to reduce racial and ethnic disparities and building several community-based alternatives to detention in New Mexico and California, including three transitional living facilities for formerly incarcerated women and establishing nationally recognized reentry initiatives for adjudicated youth and adults. In addition, she expanded an integrated model of mental health treatment and culturally rooted healing for victims of violent crime in Stockton, CA, which is located in San Joaquin Valley.

As a first generation college student, she earned her academic credentials from the University of New Mexico, receiving a Master of Science in Community Health and a Bachelor of Business Administration from the Robert Anderson School of Management.