Centro Legal recognizes the necessary work our community of advocates, clients, and partners do to ensure a just world for everyone. Together we change the trajectories of how we best serve our community, advocating for policy change and better laws. The Leaders in Liberation Award honors the mutual aid and advocacy efforts our community is paving. 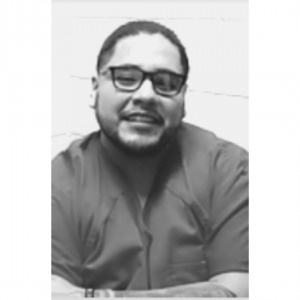 Ivan Oliva Sierra is a citizen of Mexico, raised in Los Angeles, CA since the age of 7. Ivan was detained and fighting his immigration case at the Golden State ICE Detention Facility since January 12, 2021. Growing up, both of his parents showed him good morals and the value of life, lessons that have had a great impact on who he is today. Ivan believes in always standing up and fighting for what’s right, to be able make a positive impact in his community and any place he enters. This led Ivan to organize and advocate for folks inside of ICE detention, where he helped advocate for better conditions, supporting folks who have language barriers and disabilities, and little outside support. All of his organizing and advocacy has been for the respect and dignity of the human rights of everyone inside of these detention centers in hope to abolish these places, which should not exist. Ivan plans to continue working alongside the great legal team supporting him and everyone who is a part of the community.

“I want to be able to teach our youth that it is never too late for change and that by helping one another we can all be great and successful.” – Ivan Oliva Sierra, Freedom Fighter 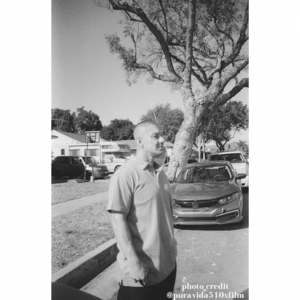 Edgar Sanchez was born in Mexico and was brought to the US as a baby. He grew up in Los Angeles, California. On April 1, 2021, Edgar was released from a California prison after being granted parole based on rehabilitation and transformation while incarcerated, but ICE arrested him upon his release and brought to the Golden State ICE Detention Facility, where he stayed in detention until February 24, 2022. At Golden State, Edgar continued his transformation, and each day woke up asking himself, “how can I be a better human being?” While at Golden State, he used the skills and information his lawyers taught him to help unrepresented detained people fight their cases, advocating for better conditions inside detention. Edgar helped organize strikes and other forms of protest. He facilitated and helped detained people prepare substance relapse prevention plans, and communicated his vision of anti-violence.Edgar is currently working towards obtaining his Bachelor of Arts degree at the University of California, Los Angeles, through the Underground Scholars Initiative, so that he can help youth stay away from gangs.

“It is my dream that no one has to be detained by ICE while fighting for the right to live in their communities and with their families, and I want to keep up the fight to make that dream a reality.” – Edgar Sanchez, Freedom Fighter 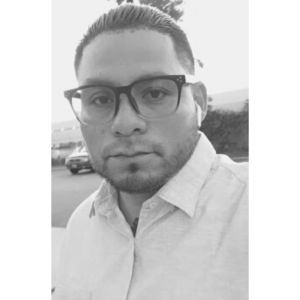 Enrique Cristobal Meneses was born in Mexico City, Mexico, and I has been living in Los Angeles California since the age of 14. He is an advocate, an artist, a counselor and an organizer. Enrique was detained at the Golden State ICE Detention Facility for 15 months. After a long fight and thanks to his resilience and community support, he won his case in February 2022, returning home after 18 years away. Enrique got involved in organizing and advocacy inside of ICE detention because of the injustices he witnessed–people were not being treated with humanity. He is currently working as a substance abuse counselor and is excited to continue to work alongside our community to bring the change we need.

“I am motivated by my daughter and by my own journey through the criminal [justice] system to keep on standing up to injustices and inequality, and that is why I used my voice to stand up to the inhumane treatment inside of Golden State Annex.” Enrique Cristoobal Meneses – Freedom Fighter

Carlos Munoz is a 47 year old proud Mexican who has been blessed with God’s grace to overcome the confinement system of California. After thirty years of experiencing confinement, Carlos now serves his community as a drug and alcohol counselor. He is a college student and mentor to incarcerated gentlemen.

“I live with eagerness to learn and grow as a human being.” – Carlos Munoz, Freedom Fighter