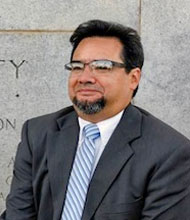 Robert Salinas represents employees from across the spectrum, including company executives, other professionals, construction workers, and low-wage workers in employment litigation matters such as wage & hour violations. Mr. Salinas also represents employees in other employment matters such as sexual harassment, failure to make reasonable accommodation for those with disabilities and whistleblowing activities.

He was also appointed by the Alameda County Superior Court to monitor an ongoing Injunction against a landlord found by a jury to systematically and wrongfully retain security deposits on a class-wide basis from tenants. Mr. Salinas currently volunteers at the employment law clinic at Centro Legal de la Raza in Oakland and at the Western Service Workers Association. In June, 2004, he was honored with an award from La Raza Centro Legal in San Francisco, for his dedication and service providing pro bono legal help to low-wage workers. In the past he has participated in the Alameda County Bench Bar Speakers program and completed approximately seven years of service on the Alameda County Bar Association Lawyer Referral Service Governing Committee.

Established in 2017, The Resilient Fruitvale Collaborative aims to reinforce resiliency through community-led plans designed to prepare the Fruitvale neighborhood in building and executing a collective and compassionate response to natural or man-made disasters.

The need for such a collaboration became evident as the Covid-19 pandemic spread. Throughout 2020, the Collaborative became a lifeline for tens of thousands of East Bay low-income families who depend on member organizations for healthcare, food, emergency financial support, information, and resources. Together, Resilient Fruitvale organizations have served over 500,000 people since the beginning of the pandemic. 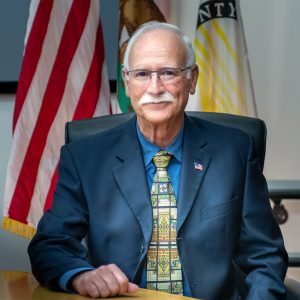 Richard Valle has served as the Supervisor of District 2 since June 11, 2012. He was elected in November 2012 and has focused on collectively working with the community to identify solutions to long standing issues that impact our communities. Particularly focusing on youth development, employment and training, and delivering improved social services.

Supervisor Valle served as a Union City Councilmember for 13 years from 1997 to 2010. During that time, he introduced and chaired a number of significant ordinances and tax measures such as the Affordable Housing Ordinance, Measure AA for municipal services, Measure UU for Public Safety and Measure B for New Haven Schools.

Supervisor Valle’s dedication and commitment to District 2 is evident in his years of service and involvement in youth employment, community betterment, and healthcare.

Centro Legal recognizes the necessary work our community of advocates, clients, and partners do to ensure a just world for everyone. Together we change the trajectories of how we best serve our community, advocating for policy change and better laws. The Leaders in Liberation Award honors the mutual aid and advocacy efforts our community is paving. READ MORE…
Jesus Chavez2022-05-02T23:37:09-07:00May 2, 2022|